The Stormiest Cities in Canada 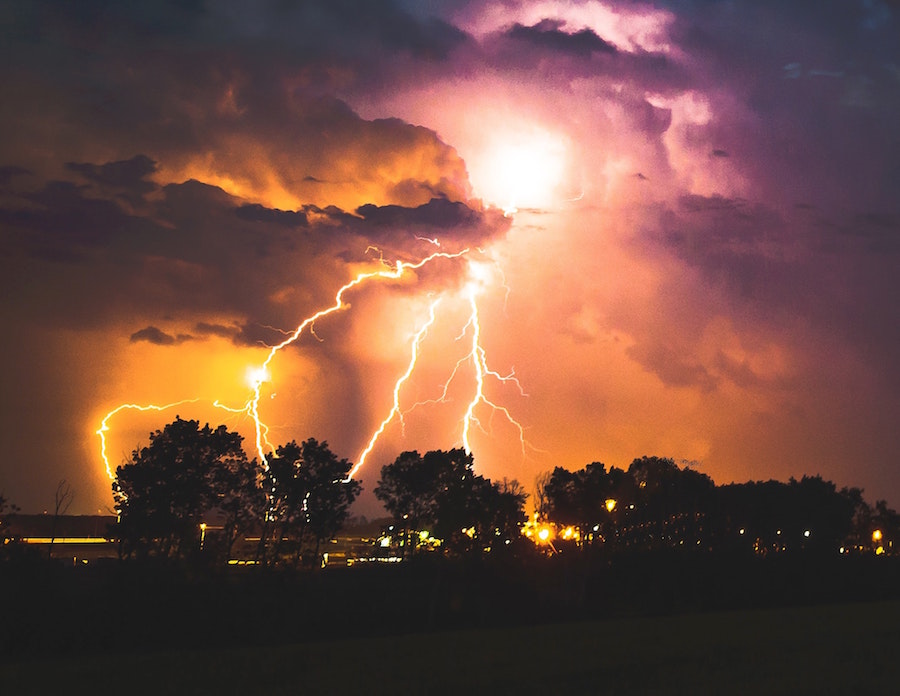 Canada is home to a variety of climate and weather patterns – and these can affect how you take care of your trees.

Canadians living in rainy areas should take special note of the weather forecast. Rainfall can affect the health of the trees in your yard – especially when you face extreme weather conditions, like rain pouring down.

Which cities in Canada have the most rainfall, and what steps should you take to protect your trees during heavy storms? Read below to find out.

The Link Between Heavy Rainfall and Tree Growth

A regular amount of rainfall is healthy for trees that are actively growing. Roots need to send water throughout the tree for it to sustain healthy growth patterns – and rain is a great source of water!

What about heavy rainfall, though?

Trees can become severely damaged from too much water. It’s true that tree roots need water, but they also need oxygen in order to keep the tree healthy. While it’s hard for trees to get oxygen, fortunately, soil has pores to help oxygen flow through.

When trees get too much rain, though, the pores fill up with water and become clogged. As a result, the tree is unable to collect oxygen and transport it throughout the tree – ultimately leading to disease and rot.

READ MORE: Spring Flooding: What You Should Know

Canadian Cities with the Stormiest Weather

If you live in an area with heavy rainfall, you should be particularly concerned for your trees. Brutal storms can damage or kill your trees. In Canada, the cities we’ve listed below tend to get the most rainfall. Specifically, these cities experience the highest average number of days with at least 25 millimetres of rain. This is the qualifier for ‘stormy weather’ in the following descriptions.

Halifax natives benefit from living right on the water, as the Nova Scotia city neighbours the Atlantic Ocean. Unfortunately for tree owners, the city also faces plenty of stormy weather – it tops the list for Canadian cities that face the most days of rain, with at least 25 millimetres of rain per day, and about 14 days of storms per year.

Saint John is a fantastic tourist attraction, with colourful architecture and a stunning sea view. It’s also one of the stormiest cities in the country. This New Brunswick city faces about 11 days per year that qualify as ‘stormy’ by our standards.

Vancouver has a history of stormy weather. Most recently, the 2006 storms made national headlines after they caused the city to impose a boil water advisory for its two million residents. Though storms like that are uncommon in Vancouver, the B.C. city still faces quite a bit of rainfall. It gets about 11 days per year of weather that we’re calling ‘stormy.’

Newfoundland’s capital city is home to vibrant culture and comforting views – but it also has a fair share of storms. St. John’s faces about 11 days of stormy weather per year.

About 140,000 people live in this B.C. city. With plenty of farmland and a metropolitan flair, there’s plenty to do in Abbotsford. Tree planters should be warned, though: the city faces about 11 days of stormy weather each year.

Many call Quebec City home – and others call it a popular tourist destination. It has interesting architecture and a rich history – and, of course, stormy weather. Quebec City gets about 7 days of stormy weather per year.

This New Brunswick city was once a transportation hub – now, it’s a vibrant tourist destination and friendly home to many Canadians. Moncton faces almost 7 stormy days per year.

Named after the nearby Saint Lawrence river and its three ‘mouths,’ this city is home to plenty of rainfall – it faces about 6 days of stormy weather throughout the year.

This Ontario city rests across from Detroit, Michigan. Windsor faces about 6 stormy days per year, so tree owners in the region should take warning.

This southwestern Ontario city is home to more than 300,000 people. London faces about 5 days of stormy weather per year – narrowly beating out Kingston, Ontario, and Montreal, Quebec, to make the top ten.

What Should I Do For My Trees During Storm Season?

Heavy storms can damage your trees, but you can take action to protect them. Here a few things you should do:

Stormy weather can put trees at high risk, no matter where in Canada you live. We recommend learning about the weather patterns in your region and protecting your trees accordingly.